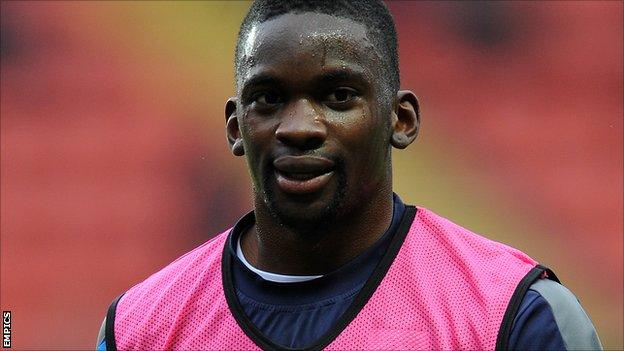 Tsoumou scored four goals in 22 appearances for Preston after joining the League One club last summer.

But the 21-year-old departed soon after Graham Westley's arrival as manager in January, spending the rest of the season on loan at Plymouth.

Tsoumou scored twice in 11 games for Argyle, helping them avoid relegation from the Football League.

Westley has signed 12 new players since the end of last season and has said he would like to add at least one striker to his squad before the season starts on 18 August.