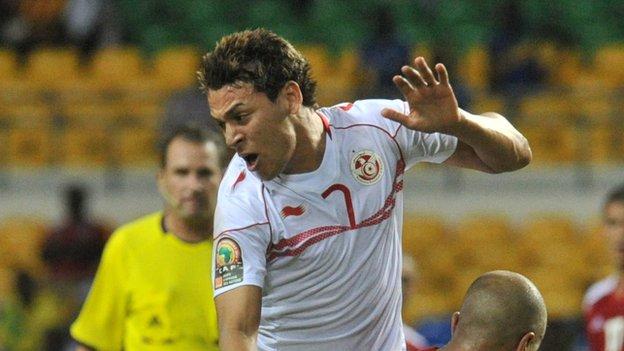 Esperance coach Nabil Maaloul says that Youssef Msakni should use his upcoming move to Qatari side Lekhwiya as a stepping stone to French giants Paris Saint Germain.

Paris Saint Germain are owned by the Qatar Investment Authority, who also have links with Lekhwiya.

The 21-year-old Msakni will join Lekhwiya on a four-and-a-half year deal in January next year, once Esperance have completed the defence of their African Champions League title.

Maaloul says there has already been contact between the French club and the winger.

"Youssef was contacted by Paris St Germain through me - I think in six months, one year or more Msakni should go to Paris," Maaloul said.

"There are great coaches and great players in Qatar, and the championship there may enable him to improve."

He is said to have cost Lekhwiya around US$14.4 million and reports also say he has a clause allowing him to move if a European club make an offer for him.