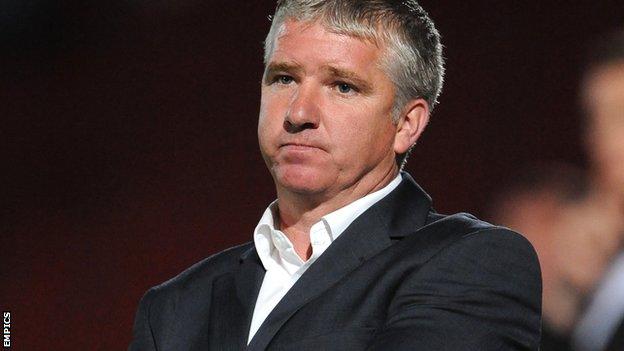 Torquay boss Martin Ling he is looking at a number of experienced central defenders to replace Mark Ellis.

The 23-year-old joined Crewe last week and with the Gulls expected to complete a deal for Swindon attacker Billy Bodin imminently, centre-back is the only position he has left to fill.

"I'm speaking to four or five centre-halves that meet our criteria at the moment," Ling told BBC Sport.

"It does take time, I won't dive in there and take the first one."

The Gulls have only one experienced centre-back in Brian Saah after Ellis's departure, as the club sold Chris Robertson to Preston in January.

Torquay signed former Arsenal youngster Tom Cruise last week and have their own academy product Kirtys MacKenzie in the squad.

"We've lost Ellis and Robertson and we've not replaced them with anyone yet.

"We went with two senior centre-halves last year in Saah and Ellis and back-up from [Reading loanee] Angus MacDonald.

"This year it'll be Saah, an experienced player, Cruise and MacKenzie, and it's a good unit."