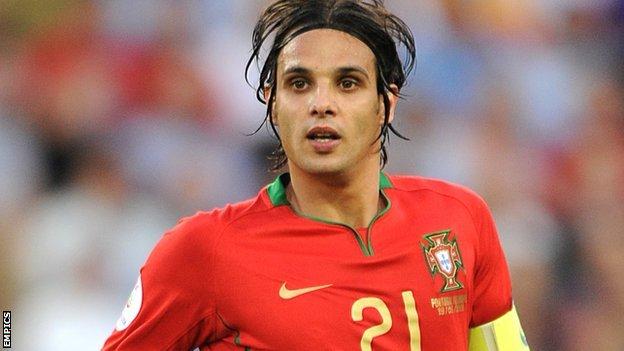 Gomes, 35, scored 29 goals in 79 appearances for his country, including the winner when Portugal beat England in the group phase of Euro 2000.

He was released by Braga at the end of last season and becomes Blackburn's third signing this pre-season.

Blackburn were relegated from the top-flight last season and will play in the second tier of English football for the first time since 2001.

Gomes played in the final of Euro 2004 and the majority of his club career has been spent in his home country, at Boavista, Benfica and Braga, although he did also have a two-year spell at Italian side Fiorentina.