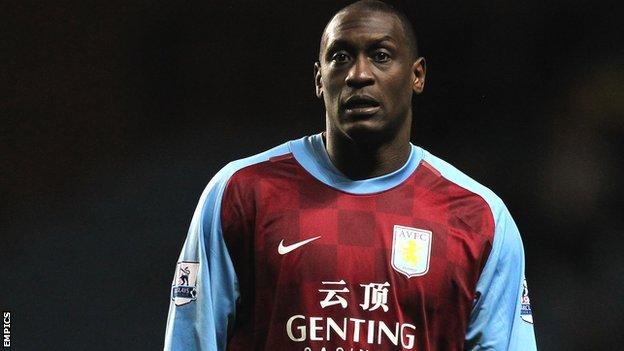 The 34-year-old is a free agent after being released by Aston Villa at the end of last season.

"It's people putting two and two together because he's played for me twice, at Birmingham and Wigan," Bruce told BBC Radio Humberside.

"I like him as a player and he's done really well for me in the past but I've not had any conversations with him."

Bruce has yet to make his first signing for the Tigers since being appointed manager at the KC Stadium in June but he confirmed that long-serving defender Andy Dawson has been offered a new one-year deal.

The former Sunderland manager is keen to start the recruitment process promptly and says it is imperative they bring in a goalkeeper.

"You haven't got to be a rocket scientist to work out that we don't have a goalkeeper at the club," he added.

"We thought we were close to bringing Brad Guzan here but he's decided to stay in the Premier League.

"My number one priority is getting a goalkeeper in. We've got irons in the fire but there's some very good keepers out there at the moment."

Hull are going to Portugal for a pre-season training camp at the weekend and Bruce is looking forward to getting to know his new squad.

"We've got a nucleus of a really good young squad here and going out to Portugal will give me a good chance to speak to them all individually," he concluded.

"It'll be hard work for them, there'll be no sun beds, but they'll feel the benefits of that."