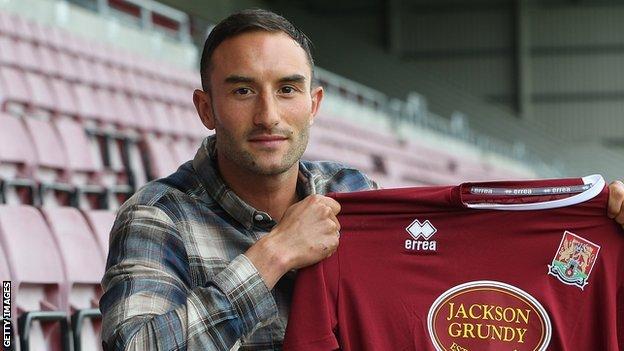 Northampton Town have signed former Millwall winger Chris Hackett on a two-year contract from the start of August.

The 29-year-old was released by the Lions at the end of last season.

"Chris is a signing I am very pleased to make," said boss Aidy Boothroyd. "He is someone I have tracked for a while and is another player who has played regularly at a higher level.

The Cobblers are not going to be lacking pace next season; Hackett, like Alex Nicholls and Ishmel Demontagnac, has plenty of that.

The defence will be the next priority.

"He has a very good pedigree, and he will bring experience, pace and guile to the squad."

Hackett began his career with Oxford before moving to Scottish Premier League side Hearts early in 2006.

His stay north of the border lasted only seven months and he was a member of the Millwall team that won promotion via the play-offs in 2009-10, but last season he went out on loan to Exeter and Wycombe Wanderers.

Hackett is the fourth summer signing by Northampton - and the fourth forward player.

Boothroyd added: "I am very much looking forward to working with him and like the other players who have come in so far this summer, I am sure he will prove a good signing for us."