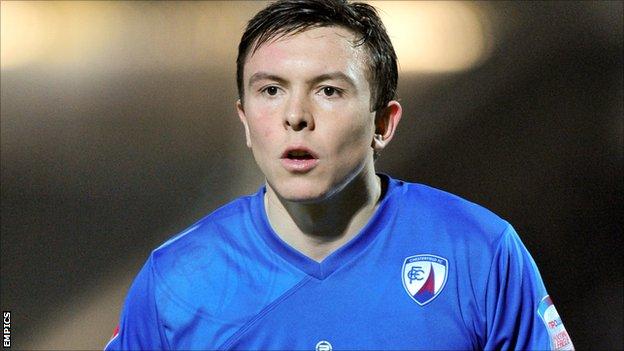 Crewe Alexandra have signed full-back Gregor Robertson on a two-year deal following his release by Chesterfield at the end of last season.

The 28-year-old defender is a former team-mate of Alex target Jamie Lowry, who recommended a move to Gresty Road after last season's loan spell.

"He said it was a great club, a great place to be and to play football," Robertson told BBC Radio Stoke.

"He was full of praise and I think he is desperate to come as well."

Lowry has been linked with a return to Crewe this summer, whom he helped win promotion from League Two last season.

And it was the carrot of third-tier football that attracted Robertson - a former Scotland Under-21 international - amongst other factors to sign for Steve Davis' side.

"I was keen to stay in League One," he added.

"The facilities were fantastic, and I spoke to people I know who were here last season and they were full of praise for the management staff.

"There was the ability of the team as well, they were all big factors for me."

Meanwhile goalkeeper Steve Phillips has signed a two-year extension to his deal at the club.

The 34-year-old will combine playing duties with a coaching role at the club's academy.