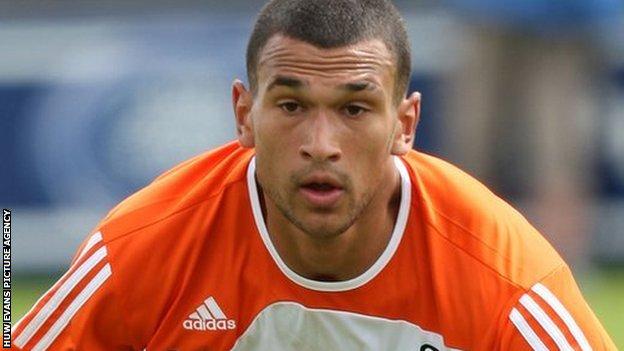 Swansea City doubt they can negotiate another loan deal for Steven Caulker.

The Tottenham centre-back formed an impressive partnership with Ashley Williams at the heart of Swansea's defence during a season-long loan.

But Swansea chairman Huw Jenkins fears the prospects of another deal for the the 20-year-old are slim, especially with the departure of Harry Redknapp as Spurs manager.

"At this point I would say it's a bit of a long shot," Jenkins said.

"With the [managerial] changes at Tottenham and the changes we've had here ourselves... things move on."

Former Chelsea boss Andre Villas-Boas was confirmed as Spurs manager on Tuesday, while Michael Laudrup has replaced Brendan Rodgers at the Swansea helm after his departure to Liverpool.

"If things change at Tottenham we'll have a look at that but I'm sure the new manager is going to come in and probably look at all their players," Jenkins added.

"Steven had a big impact with us last year and in particular in the Premier League."

Caulker has been named alongside Swansea trio Joe Allen, Neil Taylor and Scott Sinclair in Team GB's squad for the 2012 London Olympics.

New Swans boss Laudrup has yet to make his first signing, although Denmark's Euro 2012 stars Michael Krohn-Dehli and Nicklas Bendtner have been linked with a move to the Liberty Stadium.