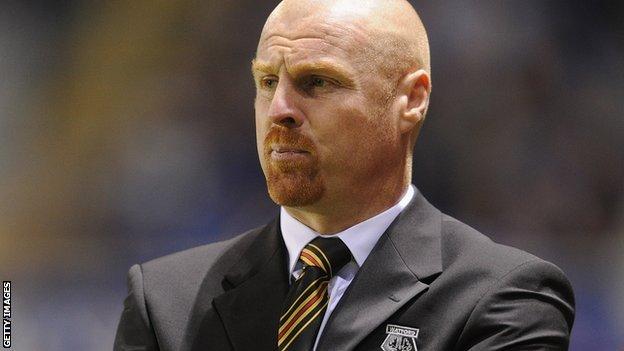 Watford have confirmed they have "terminated the contract" of manager Sean Dyche with immediate effect.

The official confirmation comes four days after Dyche was told the news.

The 41-year-old had been in charge since June 2011 and last season led them to 11th place in the Championship, their highest finish for four years.

A statement on the club website said: "On behalf of the club, the Pozzo family acknowledges that Sean's positive contribution to Watford FC dates back long before his appointment as manager in June 2011.

"The Pozzo family also recognises Sean's impeccable conduct, representing the Hornets with honour and dignity at all times.

"His achievements under difficult circumstances mean he will rightly be held in high regard by Watford supporters."

Although former Italy international Zola is a popular figure in English football, there will be some sympathy for Dyche, who was promoted from assistant manager when Malky Mackay left the club last summer to join Cardiff.

A former centre-back, he began his career with Chesterfield and played in an FA Cup semi-final for them before moving on to Bristol City, Millwall, Watford and Northampton.

His playing career came to an end in 2007 but he was soon back in football when he returned to Watford as a member of the coaching staff.

Striker Marvin Sordell, who was sold to Bolton by Watford for an undisclosed fee on transfer deadline day in January, said on Twitter that the club had lost "a very talented manager".

His tweet continued: "Played a massive part in my career to date and without him I doubt I'd be in the position I am now. He'll definitely go on to find a job and will do very well in the future I'm sure."