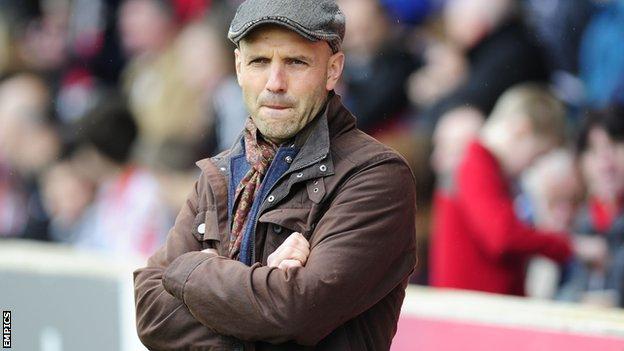 Exeter City manager Paul Tisdale says his side's pre-season visit to Guernsey FC is a chance for the League Two club to build links with the island.

"We're hoping that we can cultivate some really positive relationships with Guernsey FC and who knows where that might end," Tisdale told BBC Sport.

"It's definitely an opportunity for both of us, for Exeter and for the Guernsey players."

Guernsey are in only their second season of existence and cruised to the Combined Counties League Division One title last season.

With promotion to the league's Premier Division they are hoping to continue their good form, which has captured the imagination of the island.

"There's going to be some good players, statistics will be that there'll be a player who's a bit of a Matt le Tissier," Tisdale added.

"There will be people who are players who will be worthy of watching who ordinarily you wouldn't get to see, so I see no harm in the game."