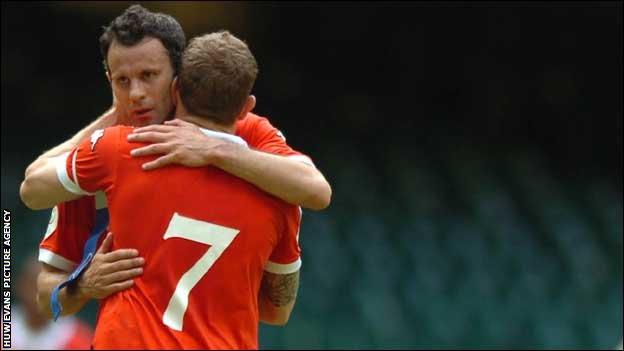 England under-21 winger Scott Sinclair is named so Swansea is the club most represented in the British squad.

The Welsh FA oppose Team GB fearing it could threaten their independence.

It had been thought that Tottenham Hotspur winger Gareth Bale would be named but of the Wales international.

The Football Association of Wales, along with the Scottish and Northern Irish associations, do not want a Team GB but the FAW had said it would not stop Welsh players from taking part.

Pearce admitted he had spoken at length to Wales manager Chris Coleman ahead of the squad announcement and insisted he did know there were a section of Welsh football fans against the formation of Team GB.

"I have been blown away by the mentality of the Welsh players within this squad to be part of this set-up," said Pearce.

"It is fair to say Chris wasn't against it, he could see the pluses in regard to the players and the opportunity of playing in the Olympics."

Sinclair, whose brother tournament, midfielder Allen and left-back Taylor are the three Swansea players included by Pearce while Spurs defender Steven Caulker was on a season-long loan at the Liberty Stadium last season.

"It is priviledge as we are going to be an Olympian and that is something that people dream of doing all of their lives," said Taylor.

"It is going to be a great occasion and it will be a valuable experience."

Team GB will play Senegal, UAE and Uruguay in their group games as they compete in the competition for the first time since 1960.

The team will play pre-Olympic friendlies against Mexico in Spain and Brazil in Middlesbrough but the Welsh footballers will be the first Welsh athletes competing at London 2012 as their Olympic opener against Senegal at Old Trafford is on 26 July.

The Olympic football final at Wembley on 11 August is just four days before Wales' final 2014 World Cup qualifying warm-up against Bosnia in Llanelli on August 15 and seven days before the opening day of the Premier League season.