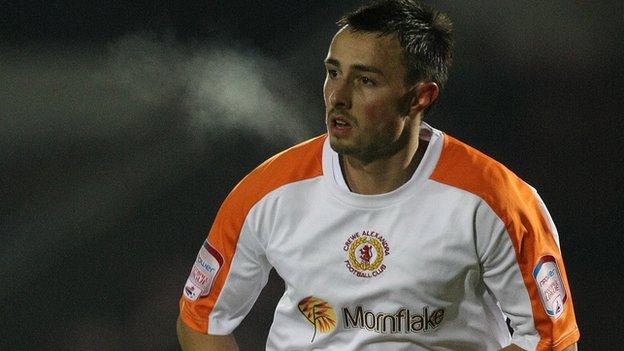 The 24-year-old, who has agreed a one-year contract, made 14 league appearances for the Brewers last season after joining from Crewe.