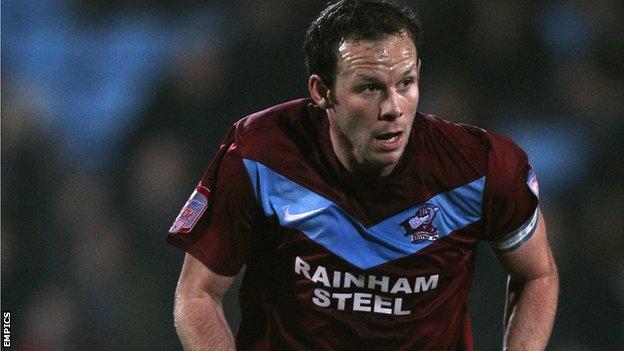 The 28-year-old was released by the Iron in May after four seasons at Glanford Park.

"I spoke to a few other clubs but Chesterfield showed the most ambition," he told BBC Radio Sheffield.

"They've got great facilities and a big fanbase and I don't see them being in League Two for long.

"Based on the team that was already here and then the additions they've made I think there's a good chance we can get promoted."