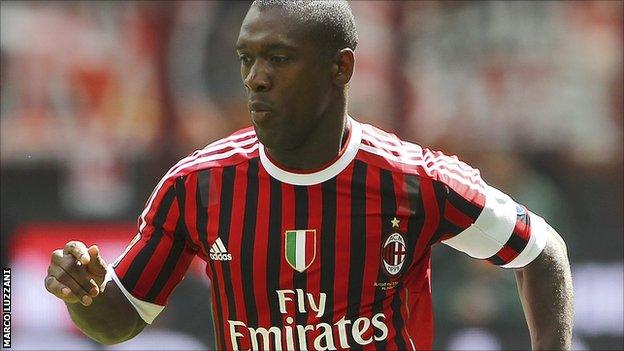 The Surinam-born 36-year-old, who ended a 10-year stint at AC Milan this summer, has won the Champions League four times with three different clubs.

Botafogo say his contract is the most lucrative deal ever handed out to a foreign player in Brazil.

"It is the biggest contract for a foreigner made by a Brazilian football club," said a Botafogo statement.

Seedorf, who has won 87 caps for his county and was part of the BBC's punditry team for this summer's European Championship, had been linked with a move to the Premier League but has opted for Brazil instead.