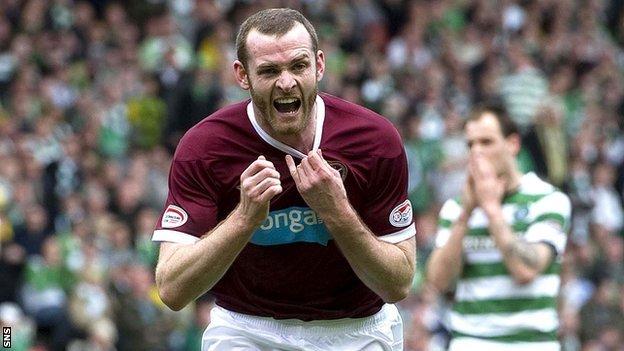 Striker Craig Beattie has ruled out a return to Hearts and is now mulling over an offer from South Africa.

The 28-year-old spent the latter half of last season at Tynecastle and helped the club win the Scottish Cup.

He started six games during his spell in Edinburgh, with three more appearances from the bench, scoring three goals.

Beattie, capped seven times by Scotland, has also been approached by clubs in England, Germany and Hungary.

At the weekend, Beattie said he had spoken to Hearts about a possible return, adding that he would consider it if there was a "reasonable agreement".

The striker, who made his international appearances between 2005 and 2007, began his career with Celtic before moves to West Brom and Swansea City.

But he was released by the Welsh outfit in January after a spell on loan with Watford.