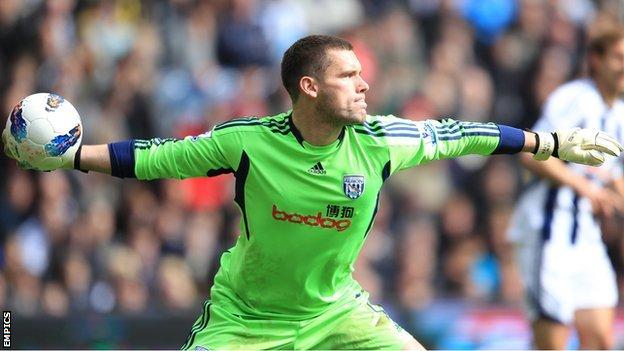 Foster has signed a three-year deal, while there is a further two-year option in the club's option.

New Albion head coach Steve Clarke said: "Ben's been a priority signing all summer. A quality keeper is worth 10 or 12 points a season - and that's certainly what we think we've got."

Foster, who joined Birmingham on a three-year deal from Manchester United in May 2010, helped Blues win the Carling Cup in 2011.

"Really happy to have just signed for West Bromwich Albion," he tweeted Foster. "Thanks to the fans for making me feel so welcome last year. Can't wait to get started."

Foster added: "Want to say a huge thank you to all at BCFC and the fans. Will always look back at my time with you with fondness.

"I'll never forget what you have done for me and will always remember the Carling Cup final as that meant so much to me, and you. My best wishes for the future."

He kept 10 clean sheets, equalling the club record for the most shut-outs in a Premier League campaign as West Brom secured 10th place - their best finish since 1981.