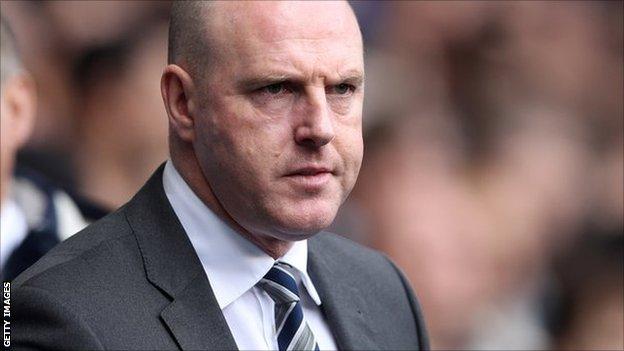 Blackburn Rovers manager Steve Kean has said he is not under pressure to sell any players despite their relegation.

But Kean told BBC Radio Lancashire: "I think there will be some players that leave but we don't have to (sell).

"There's no pressure to raise funds to make signings. We're going to keep the majority of the squad together."

The Blackburn boss confirmed that one player has asked to leave the club, adding: "I would rather keep that private, but there's only one.

"Every other player I've spoken to wants to stay and wants to be part of it."

It was feared that seasoned campaigners such as goalkeeper Paul Robinson and defender Gael Givet would also depart after the club were relegated from the Premier League in May.

Experienced midfielder Morten Gamst Pedersen has already declared his intention to remain with Rovers, as they prepare for life in the second tier for the first time since 2001.

But striker Hoilett, who has reportedly been a target for several Premier League clubs, looks almost certain to leave Ewood Park after failing to sign a new deal.

"We're not in a great position with him because he only signed a two-year contract when, probably, that should have been more a number of years ago," added Kean. "We are where we are and I'm not sure how that one will pan out."

"I've had two years out of the game and these opportunities don't come around very often," said the 54-year-old. "I'm thoroughly looking forward to the challenge.

"The owners seem to want to get back to the Premier League and they've shown that intent with the likes of Danny Murphy signing and various other players that Steve Kean is trying to sign."

Paul Agnew, who became general manager at Blackburn earlier this month, has had his role upgraded to operations director.