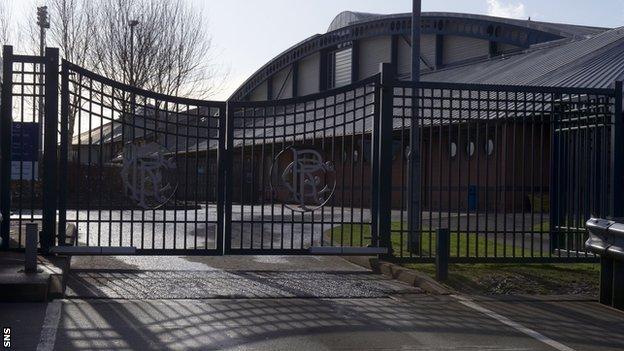 With the club being relaunched, several players have objected to transferring their contracts to the new set-up.

However, McCoist is expected to be at the Murray Park training ground on Monday.

"Despite a turbulent last few weeks for everyone connected with the club, spirits were high as head of sports science Adam Owen put their players through their paces," Rangers said on their website.

"There was no sign of Alejandro Bedoya or Dorin Goian but they have been given extended holidays and are not scheduled to be back until late next week.

"Carlos Bocanegra and Maurice Edu are also missing for now after their recent internationals with the USA and they are expected in Glasgow again in mid-July."

Last season's captain Steven Davis and other experienced players like Sone Aluko, John Fleck, Kyle Lafferty, Allan McGregor, Steven Naismith and Steven Whittaker have legally challenged the proposed transfer of their contracts from the liquidation-bound Rangers FC plc to the new company being set up by Charles Green, whose group bought the club's assets.

Rhys McCabe, who made his Rangers debut in March, was one of the first players to object to joining the newco while Jamie Ness, another player to come through the youth ranks at Murray Park, also refused such a move and is expected to join Stoke City.