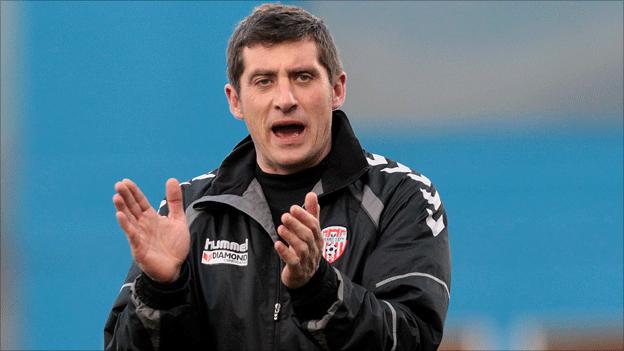 Derry City were well beaten by Drogheda United in their Premier Division game at the Brandywell on Friday night.

Gavin Brennan slotted the ball past Ger Doherty from close range after a mistake by young defender Michael Barr for the opener after nine minutes.

Brennan fired high into the net after Shane McEleney's attempted clearance fell to him a minute after the break.

Declan O'Brien latched onto another City mistake before calmly lobbing the stranded Doherty in the 64th minute.

In the first half, Ryan Brennan headed over from 10 yards and Peter Hynes blasted well off target.

For the Candystripes, David McDaid's tame effort from the edge of the box was saved by Gabriel Sava.

Derry's best chance fell to Stephen McLaughlin late in the game but his downward header from close range was cleared off the line by Derek Prendergast.