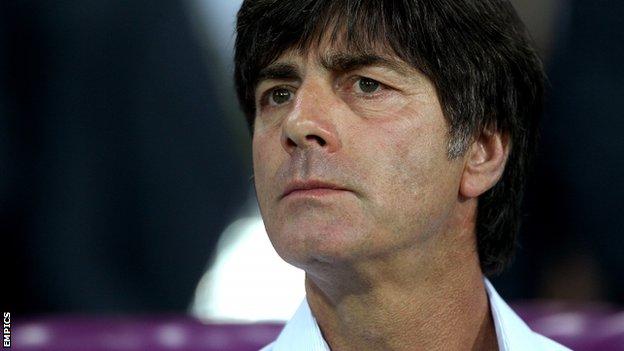 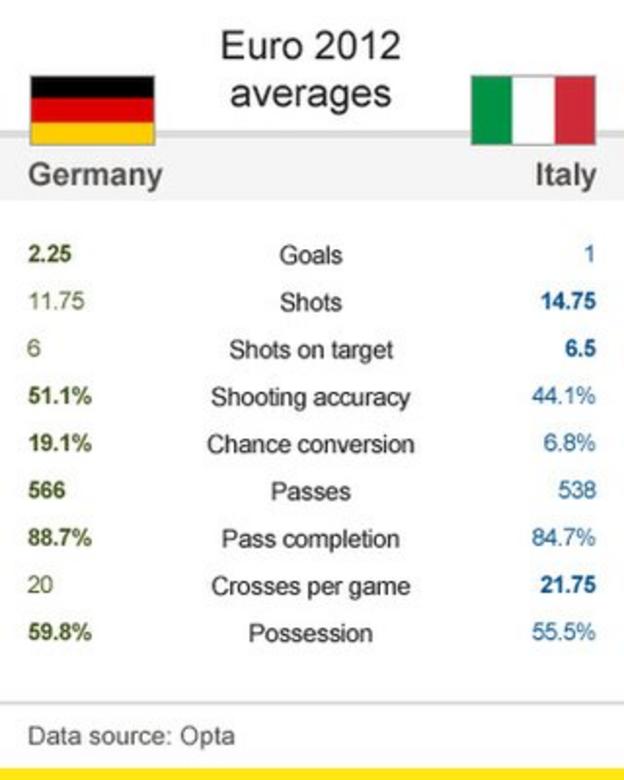 Loew, who is preparing his side for a semi-final with Italy, was in charge of Germany at the 2010 World Cup when they thrashed Fabio Capello's side 4-1.

"The English were much better in this tournament than in 2010," he said.

"When they played us then, they were a team who had a lot of problems. Roy Hodgson has done a great job."

After being beaten by Germany in that last-16 clash in South Africa, England recovered to qualify for Euro 2012 without losing a match.

Their preparations looked to have suffered when Fabio Capello resigned from his post in February, with Hodgson only being appointed as his successor on 1 May.

The former West Brom boss had little time to get settled into his new job, but he led England through a group containing France, Sweden and hosts Ukraine before their eventual elimination to Italy.

And, as England prepare to begin their World Cup qualification campaign for Brazil 2014 in September, Loew believes Hodgson can continue improving their fortunes.

"At Euro 2012 England were a very well-organised team," he said.

Hodgson's side have been criticised for failing to get to grips with Italian playmaker Andrea Pirlo during the quarter-final in Kiev, and Loew has no intention of allowing the Juventus midfielder to boss their semi-final on Thursday.

"Pirlo is not just a very good player, but the player who dictates the tactics and gives the team their ideas," said Loew.

"He's the Italian player who directs the game.

"We have to disturb him, stop him playing, get in his way, and think of a way how we can do better than Italy in midfield.

"We have to dictate the tempo of the match upon the Italians. I think we'll be able to do that."