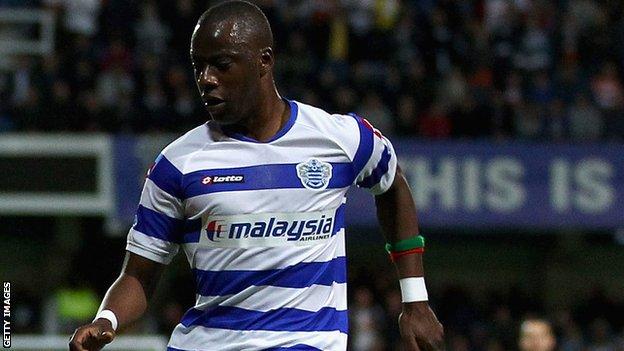 Queens Park Rangers have confirmed the permanent signing of midfielder Samba Diakite on a four-year deal.

The 23-year-old joined QPR on loan from Nancy in January and received a red card on his debut for the club against Fulham in February.

He also scored the winner in QPR's 2-1 home win against Arsenal in March.

"He's got good pace, strength and ability on the ball and he's going to be a great asset for us going forward," said QPR manager Mark Hughes.

"Samba was a real find for us in January, so we're delighted he's joined us permanently.

"He's a very accomplished footballer and he's made to measure for the Premier League."

Diakite, who has been capped five times for Mali, made his senior debut for Nancy in 2010.

He was a key figure for Mali ealier this year as the Eagles finished third at the Africa Cup of Nations, their best finish in four decades.

"It's a dream come true to sign this contract," said the Malian.

"I loved my time here on loan and I couldn't be happier to join QPR on a permanent deal.

"It's a fantastic club to play for and the owners have great plans for the future - I am just delighted to be part of it."