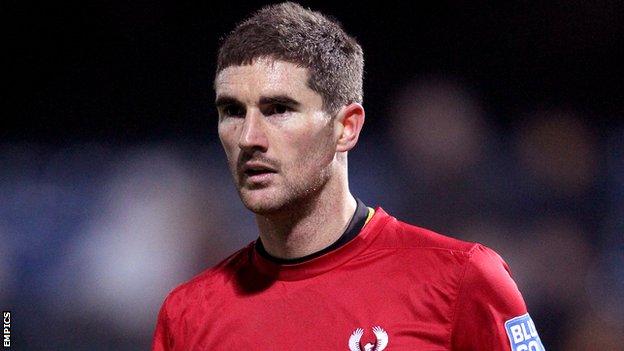 Hereford United have given striker Sean Canham a short-term contract on reduced wages ahead of the new season.

The 27-year-old, who signed for the Bulls in 2010, has been restricted to 21 appearances, spending time out on loan to Kidderminster and Bath City.

But, after the Bulls' relegation from the Football League, he now has a fresh chance under new boss Martin Foyle.

"I feel sorry for Sean. He was put into the limelight to get slaughtered. He's had a rough deal," said Foyle.

"He could easily have walked away, but he's come here on a short-term deal for less than half his wages.

"Not many players do that, so I think he deserves a pat on the back."

Canham, who started his career with Exeter City, had his most prolific days in a three-year stay with Team Bath from 2005, netting 68 goals in 120 games.