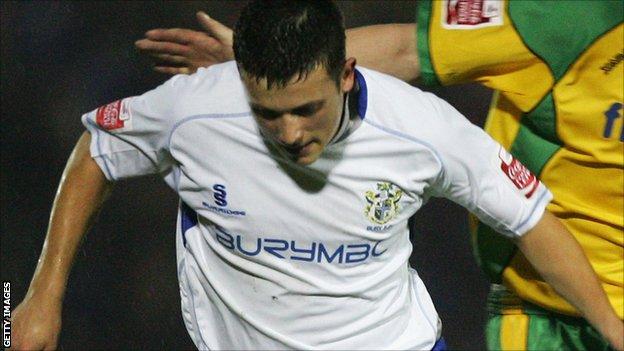 The 24-year-old, who joined the club in February last year following his release by Oxford United, has scored 14 goals in 54 games for the Bluebirds.

Burnley-born Baker began his career at Preston, but left for Bury in May 2006 without making a senior appearance.

He played 129 games for the Shakers in four years, scoring eight goals, before a six-month stint with Oxford.

Baker is the seventh member of last season's squad to commit to the Holker Street outfit, in addition to new signings Matt Flynn and Adam Boyes, whose deals run out in May 2013.