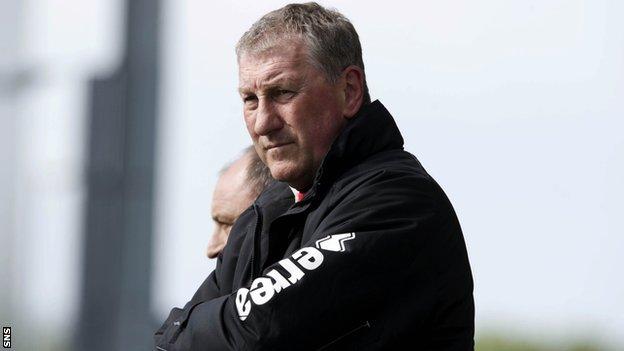 Teenage midfielder Martin Laing has signed a professional contract with Inverness Caledonian Thistle after stepping up from the under-19 team.

Manager Terry Butcher said: "Martin is a clever lad and a good player who has made excellent progress through our youth set-up and we're pleased to have signed him on a first-team contract."

Winger Jonny Hayes was the latest, joining Aberdeen on Tuesday.

Butcher had hoped to announce up to seven new signings before the start of pre-season training, but former Newport County central defender Gary Warren is the only fresh face to be announced so far.

"The lad has worked hard to get himself into this situation and he joins the rest of the first team for the start of pre-season on Friday," added Butcher.