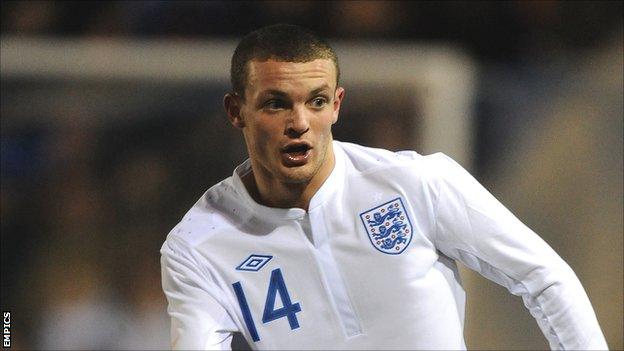 Tranmere Rovers have signed midfielder James Wallace from Everton for an undisclosed fee.

The 20-year-old spent the final three months of the season on loan at Prenton Park, scoring twice in 18 games for the League One club in 2011-12.

Wallace, who has signed a two-year contract, made just one senior appearance for Everton in a Europa League qualifier in August 2009.

There's no doubt in my mind that, one day, he will be back playing in the Premier League

The England under-20 man is Tranmere's fourth new arrival of the summer.

Danny Harrison and have all agreed moves to Ronnie Moore's side since the end of the season.

Moore told BBC Radio Merseyside: "We've tried for ages and ages to hold of James. Eventually we've spoken to him and we've managed to get him in.

"I think it's a fantastic signing for us. He's been a main target and we've all tried to persuade him (to sign).

"He's such a good player and there's been massive interest in him. With us being a local club and him being a local lad, we're so pleased to have him.

"There's no doubt in my mind that, one day, he will be back playing in the Premier League."

Moore added that, after the departure of John Welsh earlier this summer, Wallace could potentially replace the Preston-bound midfielder as Rovers captain.