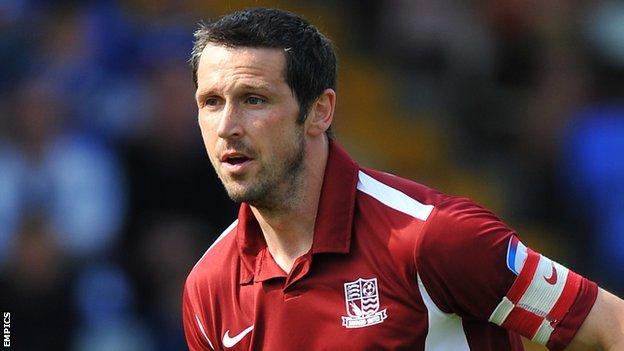 Easton, 33, impressed during a two-week trial at Plainmoor at the end of last season and has now joined the League Two club on a permanent basis.

"He is the ideal type of firm character for our squad, who can come into our way of playing," said Torquay manager Martin Ling.

"I just know I can trust him, he toughens up our midfield and makes selection in that area more difficult."

Ling had been Easton's manager at Orient and was looking forward to working with him again.

"Craig was a massive part of my successful time at Orient and played a big role in our good cup runs and the promotion to League One, when he was a mainstay in centre midfield," added Ling.

"He was the fittest player I had and I'm sure that will be the same at Torquay.

"Craig came here on trial and I always knew there was a player in him because I'd worked with him for two years.

"Lee Mansell, Damon Lathrope and Eunan O'Kane were the obvious choices last year and Craig will stiffen up the competition in midfield."