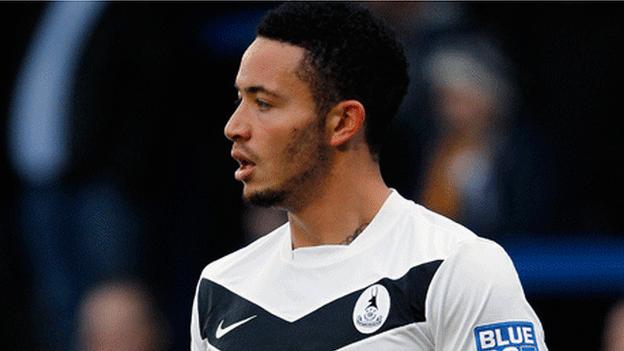 Ashley Cain's dream Transylvanian move, following his release by AFC Telford United, appears to have been scuppered by a ruptured Achilles tendon.

The 21-year-old former Coventry City winger was due to sign for Romanian League side TranCS Gaz Metan Medias.

But he suffered his injury nightmare just 10 seconds into his trial and has had to fly back to England for surgery.

"I need an emergency operation to get it fixed as soon as possible," Cain told BBC Radio Shropshire.

"I snapped my Achilles in the first 10 seconds of the match against Budapest."

Cain, without a club after leaving Telford in May, had opted to take up an offer to play in Eastern Europe.

But, with the new football season just around the corner, he now faces months on the sidelines.

"I was meant to be negotiating a contract on Monday," added Cain. "I'm really upset by what's happened."