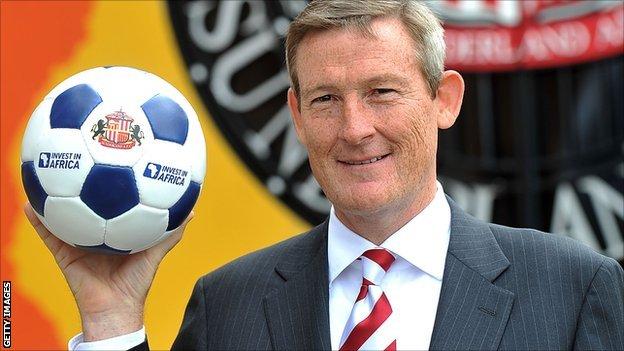 Chairman Ellis Short says Sunderland are looking for quality rather than quantity in the summer transfer market.

Short and manager Martin O'Neill have been in talks regarding the strengthening of the Black Cats squad for the forthcoming campaign.

"We don't want to sign players for the sake of it, or if it feels they're inexpensive," Short told BBC Newcastle.

"We want to identify players who are good and will definitely improve us."

The Wearsiders ended the season with just one win in their last 10 games after an impressive mid-season run ensured a sixth straight season of Premier League football.

However, O'Neill now has a full pre-season campaign to restructure his squad and bring in his own additions following his appointment last December.

"He and I have been talking all summer about what we're going to do, the fans have a pretty good idea of what we need to do, everyone has an idea.

"Martin is looking at specific players that we might want, and then there'll be a lot of work in trying to get those players here."

The full interview with Ellis Short can be heard on BBC Newcastle's Total Sport programme on Monday, 25 June from 17:30 BST