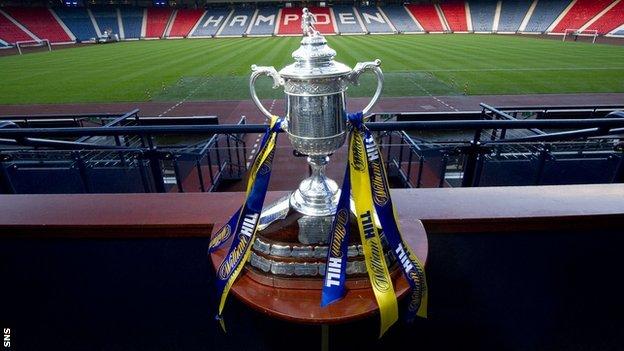 The Scottish FA have have added a preliminary round to the coming season's Scottish Cup due to the inclusion of additional clubs.

There will be two ties in the preliminary round.

Clubs eligible for round one will be in the preliminary round draw and the first four teams drawn will contest it.

In total, 38 clubs will be in the preliminary draw, meaning 34 clubs will effectively be given a bye to the first round proper.

Round one of the tournament will contested by Highland League, non-league and junior clubs as well as several clubs that hold SFA membership.

Third Division clubs enter the competition in round two, with the Second Division sides and some First Division teams beginning their tournament campaign in the third round.

The remaining First Division clubs and all of the Scottish Premier League sides enter the competition in round four.

Hearts are the current tournament holders.