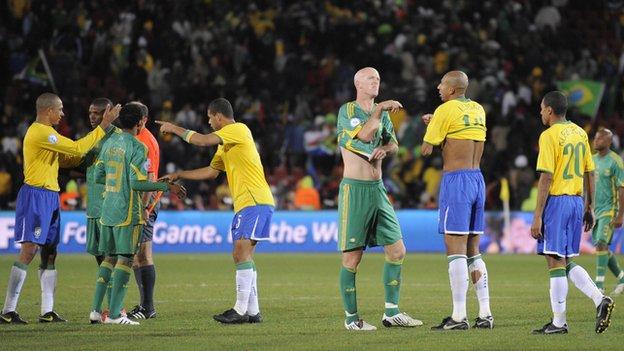 The game is set to be played in Sao Paolo on 7 September.

The match will form part of a symbolic hand-over from the 2010 World Cup hosts to Brazil, who stage the 2014 event.

"We are honoured to be playing Brazil in their backyard as they seldom play friendly matches at home," said Safa CEO, Dr Robin Petersen.

"To us this is a big coup considering it will probably be the first official match for the new Bafana coach whom we will announce at the end of this month.

"We are very delighted to announce that we have just received the final confirmation because we have been working on this match for the last six months."

South Africa are currently deciding whether Gordon Igesund or Steve Komphela will be the new national team coach, following the sacking of Pitso Mosimane earlier this week.

The last time Bafana Bafana played Brazil was in a 2009 Confederations Cup semi-final in South Africa, when Daniel Alves scored the only goal of the game to prevent the hosts from reaching the final.

There had been reports that Brazil were set to face Nigeria in a friendly in September, however the Brazilian Football Association refused to comment on the speculation.