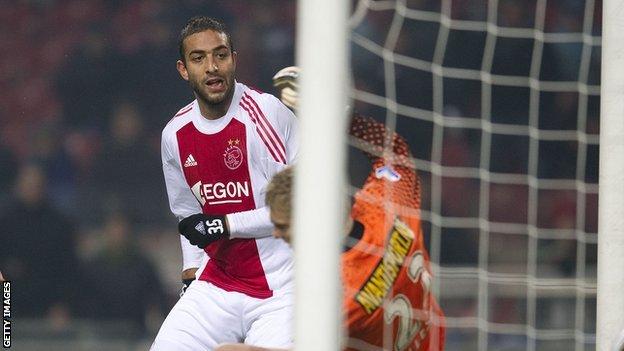 Ahmed 'Mido' Hossam says he has not given up hope of being recalled to play for Egypt.

The striker signed a one-year deal with English Championship side Barnsley on Thursday and hopes he can now catch the eye of Egypt coach Bob Bradley.

He has not played a competitive game for the Pharaohs for several years.

"Hopefully coming to Barnsley and playing regular football and scoring goals will get me back in the national team," he told BBC Sport.

"We have a very important period coming up with the qualifiers for the World Cup and hopefully being involved in the World Cup."

The 29-year-old also believes that American coach Bradley is taking the team in the right direction despite the recent 3-2 loss at home to Central African Republic in a 2013 Africa Cup of Nations qualifier first leg.

The loss, which they have a chance to overturn in the second leg in Bangui on 30 June, came off the back of two wins in the 2014 World Cup qualifying campaign.

"The Egypt national team is between generations," Mido explained.

"There's the great generation that won three African Cups with Hassan Shehata and now Bob Bradley is very good and been doing a great job.

"So now we just need to back him because he's doing a great job.

"After all that's happened in Egypt, football hasn't been played on a regular basis its been difficult for him."

Football in Egypt has been severely interrupted in the last 18 months, firstly by the country's political revolution last year and then February's stadium disaster in Port Said.