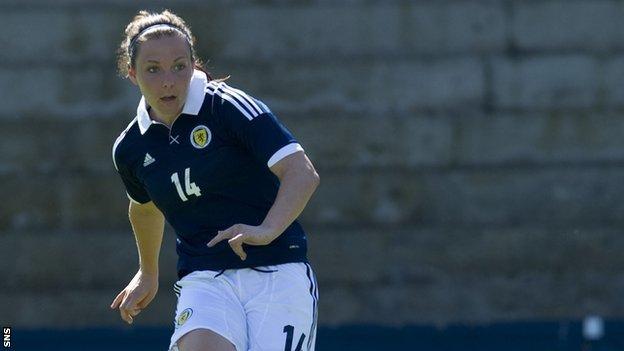 Rachel Corsie's 25th-minute strike was enough to give the visitors victory.

Anna Signeul's side still have an outside chance of gaining automatic qualification to next summer's finals in her native Sweden.

The Scots trail group leaders France by five points with two games to play, including a meeting of the two sides.

The Welsh, who have played one game more, trail Scotland by three points and Signeul's side are 14 goals better off.

Corsie's goal, a rebound shot after Jennifer Beattie's header was saved by Emma Byrne, came during a first half in-which Jane Ross and Hayley Lauder also threatened for Scotland.

The hosts came into the match after the break and Denise O'Sullivan was denied by Ifeoma Dieke's goal-line clearance as the Scots held on for victory.