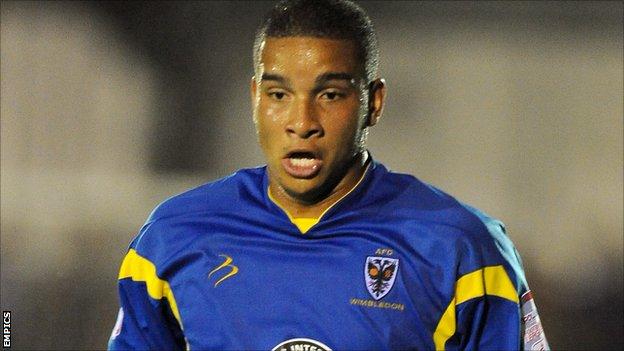 Gateshead have signed defender Christopher Bush from League Two side AFC Wimbledon on a one-year deal.

The 20-year-old, who can play at left-back or centre-half, began his career at Brentford and has experience of Blue Square Bet Premier with Salisbury.

"He is a big and powerful defender and played over 20 games in the Football League last season. He will be a great addition to the side "

The Tynesiders have now added three new players to their squad this summer, after the arrival of James Brown from Hartlepool and Adam Bartlett from Hereford.