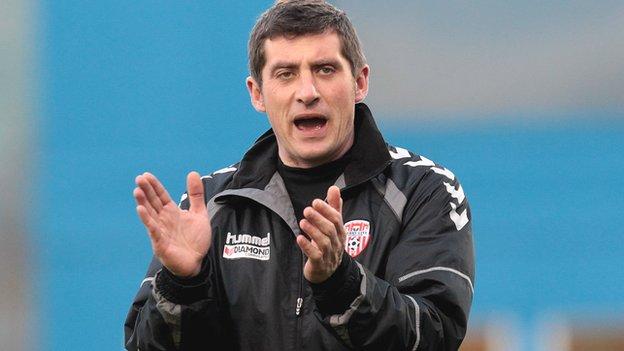 Derry City will attempt to end a run of 12 years without a league win at Cork City when the two sides meet in a Premier Division clash on Friday night.

"That record has to end sometime and there is no reason why it can't happen now," said Derry boss Declan Devine.

Stewart Greacen is back in the Derry squad while Devine is hopeful that Ryan McBride and Ruaidhri Higgins will be passed fit despite missing training.

Brian McGrory will also be unavailable because of injury.

McEleney and Molloy are suspended, while Molloy is also carrying an injury which may keep him out of action for a couple of weeks.

"Cork is always a tough place to go but we won there in the League Cup final last year," said Devine.

The Candystripes lie fifth in the table, with Cork ninth.