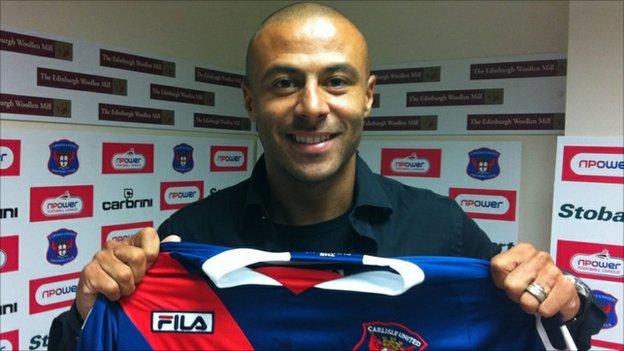 Cadamarteri, 32, who has scored 35 goals in 328 league appearances since his profesional debut for Everton in May 1997, has signed a two-year deal.

Last season he made 16 outings for the Terriers, the 10th club of his career.

He becomes the Cumbrians second signing of the summer, following the arrival of Notts County defender Mike Edwards.