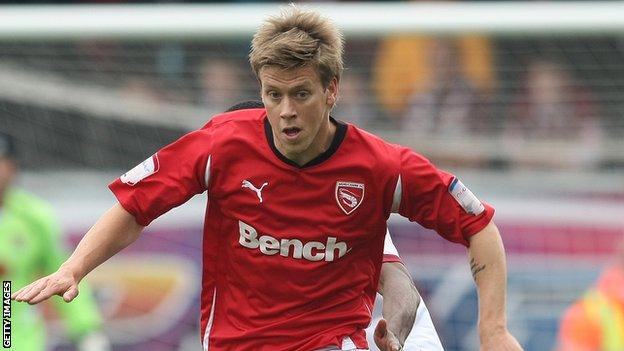 Southend United have signed midfielder Kevan Hurst on a two-year deal following his release by Walsall.

The 26-year-old scored twice in 34 League One appearances last season after joining The Saddlers from Carlisle United in the summer.

Predominantly a winger, he can also play across the midfield and in attack.

"I'm really looking forward to it. It's all about where a club wants to go - not where they are," Hurst told Southend's official website.

"When I spoke to the gaffer, he seems really ambitious about what he wants to do, so that was good enough for me.

"I want to get back up League One and so does he."

Hurst started his career at Sheffield United, where he made just one start, but he went out on loan at Boston, Stockport and Chesterfield before featuring for Scunthorpe and Carlisle.