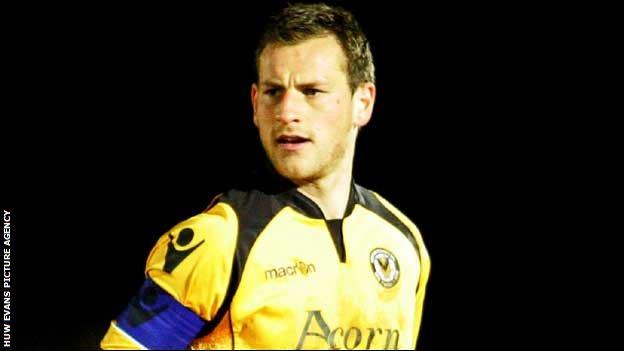 Inverness have signed Gary Warren on a one-year contract with his former manager at Newport likening the central defender to new boss Terry Butcher.

"You look at that move and think it was written in the stars. They're like two peas in a pod."

The SPL is a thrilling new challenge for me

He captained Team Bath to promotion in the Conference South before leading Newport on their own promotion-winning trail.

Warren skippered the Blue Square Premier League side to Wembley last month, when they lost the FA Trophy final to York City, but told Newport he wished to leave at the end of his contract.

And he also captained the Great Britain side to a silver medal, losing to Japan in the final, at the World University Games in China last year.

Caley Thistle manager Butcher said last week that he and assistant Maurice Malpas hoped to have up to seven new signings join the club in time for pre-season training.

Warren, for whom Cheltenham had a transfer bid turned down last summer, was delighted to be the first to be unveiled by the former England defender.

"I'm thrilled the waiting is over and that I've finally signed for Caley Thistle," he told the Scottish Premier League club's website.

"My girlfriend and I came up on Monday and we're impressed by the city and the spectacular scenery.

"And it has been good to talk things over with Terry Butcher and Maurice Malpas about the preparations for the new season.

"The SPL is a thrilling new challenge for me and I'm looking forward to our opening game at St Mirren.

"And, of course, we're at home to champions Celtic in the fourth game of the season."

Warren admitted there were some comparisons that could be made with his new manager.

"I can play anywhere in defence, but I prefer centre half," he said.

"I've enjoyed physical battles with traditional centre forwards like Kevin Davies of Bolton Wanderers and Kenwyne Jones of Stoke City. Those are the types of duels I relish."

Butcher, who loses 10 of last season's first-team squad, was enthusiastic about his new signing.

"I'm delighted that Gary is now our player," he said.

"It's good to land a player of his quality on freedom of contract and I'm confident he'll make an impact with us."