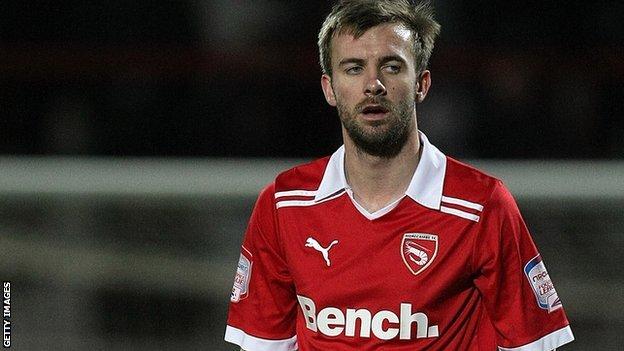 The 25-year-old has agreed a one-year deal with the Millers that will commence on 1 July, after his contract with the Shrimps expires.

"It was the most interesting offer I received and once a formal offer was put forward it was easy to say yes," he told BBC Radio Sheffield.

"There's going to be a lot of expectation on us this season and hopefully we can match them."

The Millers have the option of a further year on the former Chester player's contract.