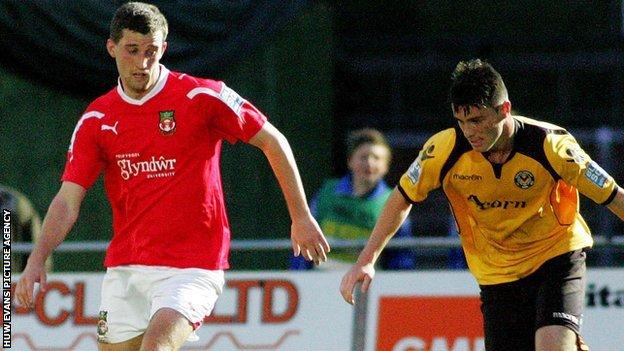 Wrexham and Newport County have not been invited to participate in the 2012-13 Welsh Cup as they would be not able to qualify for Europe.

But Uefa ruled in March ruled that clubs in the English pyramid could not represent Wales in Europe.

The winners of the Welsh Cup qualify for the Europa Cup and Uefa, European football's governing body, have said the only way Wrexham, Newport, Merthyr, Swansea City, Cardiff City and Colwyn Bay can qualify for Europe is by representing the English league.

Uefa's executive committee rejected the Football Association of Wales' request to give their six exiled clubs a promise of European football through the Welsh Cup.

This means Swansea can play in Europe if they finish in the Premier League's Europa League places or if they or Cardiff win the FA or League Cup.

Wales' exiled clubs had been barred from entering the competition since 1995 when Uefa initially insisted only clubs from the Welsh league system were eligible to represent Wales in Europe.