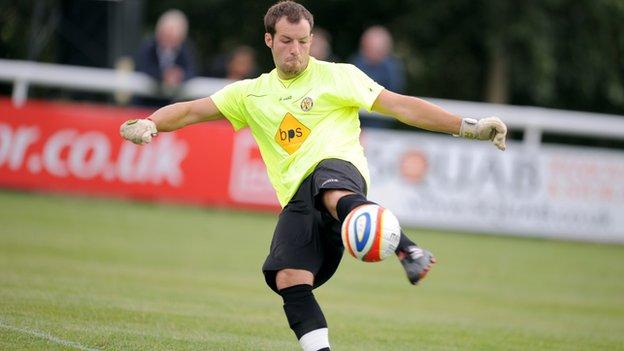 Kidderminster Harriers have opted not to retain spare keeper Tony Breeden's services at Aggborough next season.

But, apart from Lewis, Harriers still have young Dean Lyness in reserve.

Tony Breeden always wanted to be first-choice keeper wherever he played. He felt, with Danny Lewis being fit again, that might not have been the case

"Tony knew the situation when he came in that, with three keepers on the books, it was going to be difficult to maintain that," said boss Steve Burr.

"He was well aware of the situation when he came into the club.

"Both parties had always felt it was likely to be a short-term arrangement.

"And I know Tony always wanted to be first-choice keeper wherever he played.

"He felt that with Danny Lewis being fit again that might not have been the case."

Breeden was one of four keepers used by Harriers last season.

With Lewis and Lyness both out injured and Breeden cup-tied, former Evesham United goalkeeper Nathan Vaughan had to be drafted in for the FA Trophy tie against Vauxhall Motors in December.