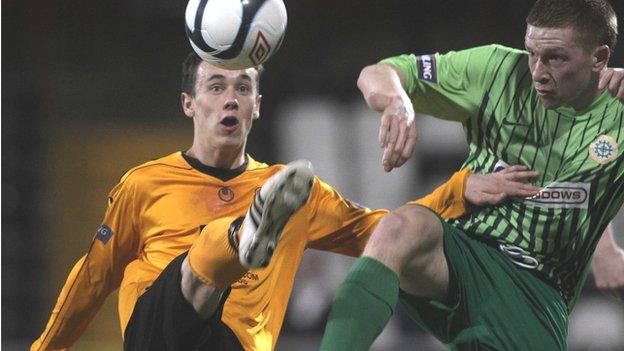 Crusaders have signed winger Paul Heatley from Carrick Rangers in a two-year deal.

Heatley impressed for Rangers last season despite their relegation from the Premiership.

"Paul is a fantastic player and he can provide a spark on the left wing," Crusaders manager Stephen Baxter told the News Letter.

Heatley fills the midfield void left by the departure of Stuart Dallas, who has joined League One side Brentford.