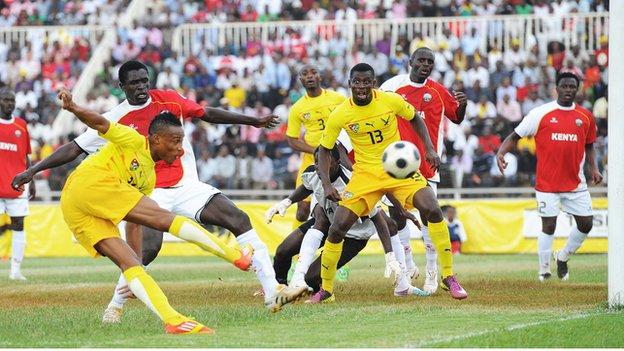 Football Kenya Federation have sacked coach Francis Kimanzi and his entire staff following their exit from the 2013 Africa Cup of Nations qualifiers.

Kenya lost 1-0 in Togo on Sunday to make it 2-2 on aggregate, and were knocked out on the away goals rule.

The FKF said it "is taking seriously the qualification to the 2014 World Cup and after the recent poor results drastic changes have been made."

Kimanzi stays in the FKF set-up taking over as acting technical director.

He will now work along side Patrick Naggi, whose role has been changed from technical director to executive officer.

Kimanzi was only reappointed as coach in November to prepare the team for the 2014 World Cup and the Nations Cup.

The Harambee Stars are currently bottom of Group F on the 2014 qualifiers.

They began their campaign with a goalless draw at home with Malawi before losing 1-0 in Namibia.

Next up for the Harambee Stars is a trip to play group leaders Nigeria in March next year.

After their exit from the Nations Cup over the weekend Kimanzi had complained that the team did not get enough support from the government.