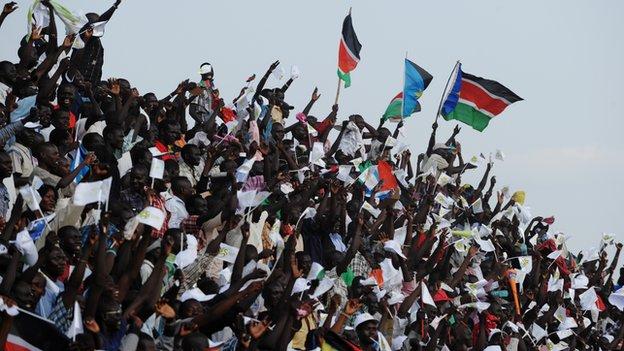 Before that the world's newest country will send a side to next month's East and Central Africa Club championship in Dar es Salaam, according to Nicolas Musonye, the secretary general of the regional governing body.

"They have confirmed their participation; they will send a team called Wau Salaam FC," Musonye told BBC sport.

"We are glad to welcome them as our new members and they have also assured us that their national team will participate in this year's Cecafa Senior Challenge Cup as well."

South Sudan, which only became a member of football's world governing body - Fifa - last month, already has its own league.

Their national side will be made up of players from both the local league and the one in neighbouring Sudan.

This year's club championship will kick off on 14 July in Dar es Salaam and will be sponsored by Rwanda President Paul Kagame for a 10th year.

Under Kagame's sponsorship, the prize money for the event totals US$600,000.