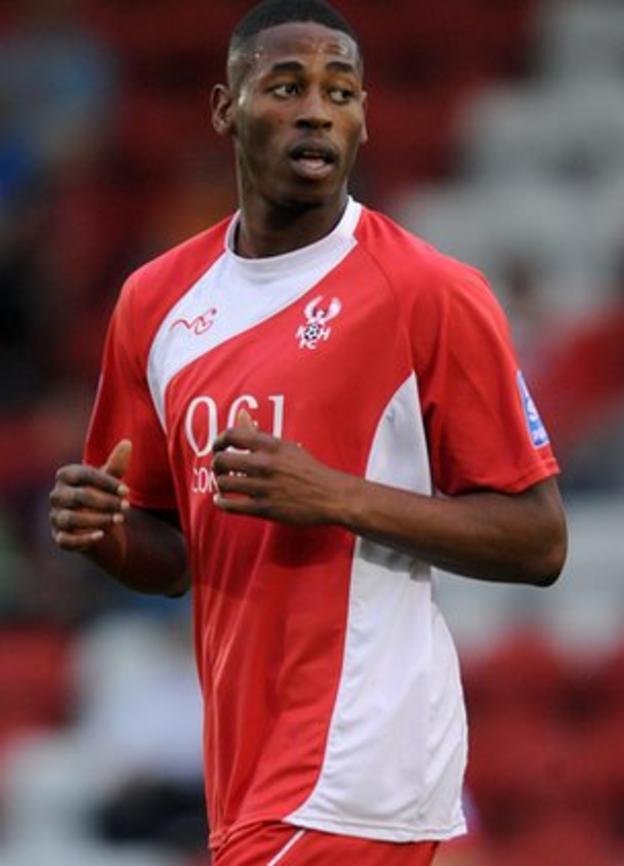 Kidderminster Harriers manager Steve Burr hopes to have striker Jamille Matt's bid for British citizenship sorted in time for him to report to Aggborough for pre-season training.

Caribbean-born Matt's season was ended prematurely in March amid claims he might be an illegal immigrant.

But Burr is confident the issues will be resolved in time.

"We're still going through the process of getting him cleared as a British citizen," Burr told BBC Sport.

"I'm sure come pre-season that will all be sorted. That is what I have been told, anyway.

"I've spoken to him and he's champing at the bit to get back in with the lads and get pre-season underway.

"We missed Jamille over the important back end of last season. Not to have him at that point was a big blow for us

"It's good news that - fingers crossed - we should have him back and available."

After joining Harriers from Sutton Coldfield Town in November 2010, Matt blossomed last season, hitting 10 goals in 32 games to earn a call-up to the England C squad.

But the error came to light when his paperwork was checked by the Football Association and he did not play again last season.

"Not to have him at that point was a big blow for us.

"It would have strengthened us for sure as he really exploded halfway through the season.

"There was a lot of interest in him and we had a couple of offers from clubs.

"He's a young lad and he's still learning the game but I'm sure when he comes back he'll have another chance to go on again."