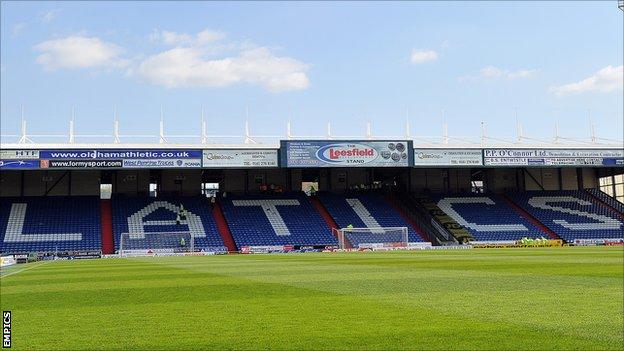 Oldham Athletic have signed striker Daniel Taylor after the teenager was released by Newcastle United.

The 19-year-old, who has signed a one-year deal with the Latics, ended last season as the Magpies' top scorer for their reserve and youth sides.

Taylor had talks with a number of clubs, including Preston North End, Hearts and St Mirren.

"This is a great opportunity for me to hopefully play regular first-team football, something I need to be doing," Taylor told the club website.

"My chances would have been limited had I stayed at Newcastle, who have been very supportive to me.

"Having the opportunity to work with (Oldham manager) Paul Dickov, who was a striker in his playing days, had a big bearing on my decision to move here. Hopefully he can improve me further."