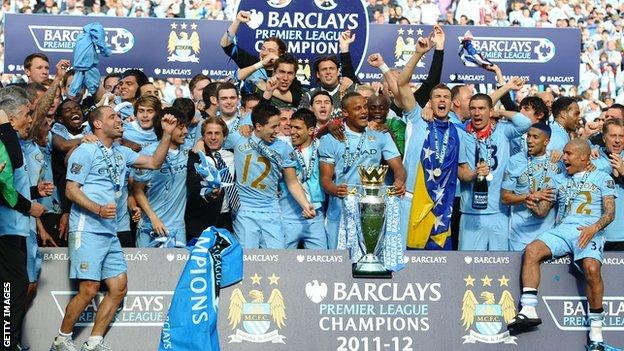 Manchester City will begin the defence of their Premier League title at home to newly promoted Southampton.

Runners-up Manchester United start their campaign at Everton when the top flight kicks off on 18 August.

The Manchester derby at Etihad Stadium takes place on 8 December with the return fixture at Old Trafford scheduled for 6 April.

Michael Laudrup, who took over from Rodgers at Swansea, can look forward to an opening game at QPR.

Paul Lambert's reign as Aston Villa manager begins with a trip to play-off winners West Ham before he has a chance to impress fans at Villa Park when taking on Everton.

New Norwich manager Chris Hughton has a difficult task in his first match with the Canaries travelling to Fulham.

Arsenal start with a visit from Sunderland and Roberto Di Matteo's first match as full-time manager of Champions League winners Chelsea sees him take his team to Wigan.

Tottenham have been handed a tricky trip to Newcastle.

The first Merseyside derby of the season will take place at Goodison Park on 27 October.

Chelsea travel to play Arsenal on 29 September and the north London derby between the Gunners and Tottenham is scheduled for 17 November at the Emirates.

Sunderland and Newcastle go head-to-head on 20 October at the Stadium of Light with the Magpies playing Manchester United at Old Trafford on Boxing Day.

Manchester City face Norwich at home on the final day, with neighbours United travelling to West Brom. Chelsea take on Everton at Stamford Bridge with Arsenal finishing their season at Newcastle.