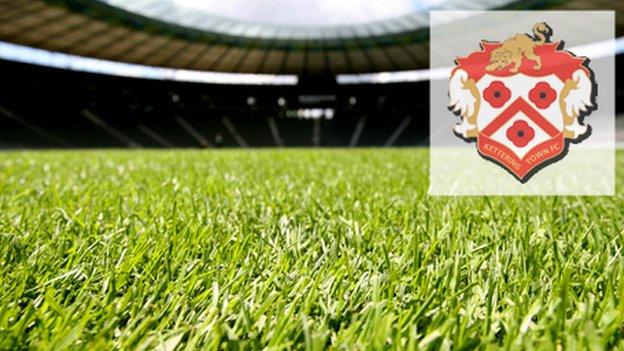 Debt-ridden Kettering Town have moved closer to securing their future after the approval of a Creditors Voluntary Arrangement at a meeting on Friday.

The Poppies owe a total of £1.2m to 71 creditors and will now pay about 10p in every pound over the next three years.

However, current directors of the club are among the creditors and they are expected to write off their losses.

Approval of the CVA will allow acting chairman George Rolls to complete his proposed takeover of the club.

Rolls is currently facing more than 3,000 Football Association charges for alleged breaches of betting rules, relating to his time on the boards of Cambridge United and Weymouth.

Speaking to BBC Radio Northampton, he denied the charges but was unwilling to say more on the matter.

Regarding the CVA agreement, he said: "It's not good for the creditors who have lost their money. However, they will get some money back over a period of time.

"We feel for anyone put in this situation. I've been hit myself in the last three years on companies that have gone bust on me. I've lost £600k in bad debt and I understand what it's like. It's not a nice thing to happen."

He added: "There weren't that many people at the meeting. A lot of people had put their proxys in.

"The mood was one of relief that the CVA was accepted and I think everyone is looking forward to a really good start to the season.

"It's the start of a new era at Kettering Town. The club is now relatively debt-free and it's all positive.

"I think the fans will see a winning team next year, hopefully as well."

The Poppies, who suffered relegation from the Blue Square Bet Premier last season, are poised to start the new campaign two tiers below in the Southern Premier.