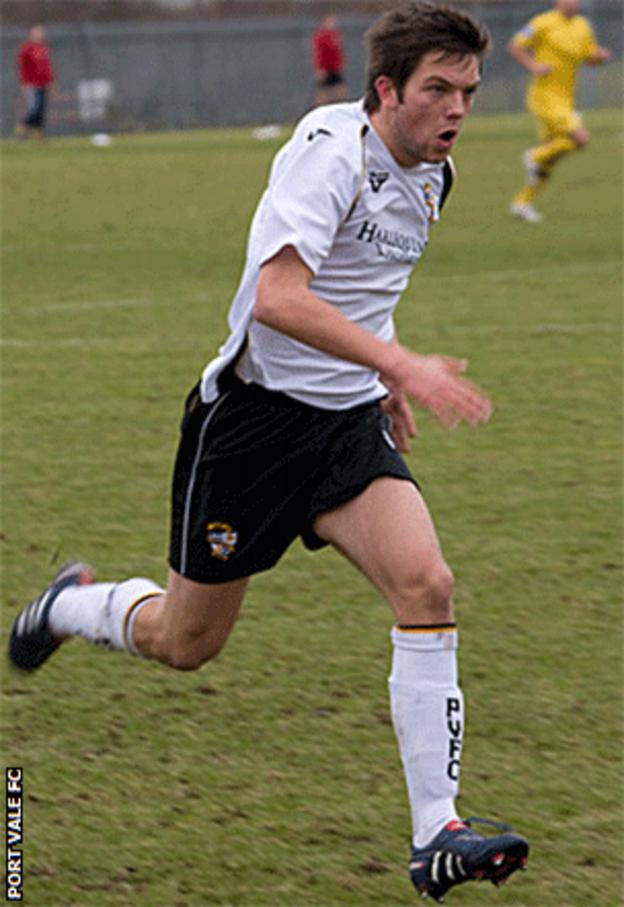 Port Vale have secured the future of defender Joe Davis, one of their most highly-rated young players.

The 18-year-old, son of Crewe Alexandra manager Steve Davis, has signed a new two-year contract, committing him to the club until the summer of 2014.

"I'm delighted to get a two-year deal," Davis told BBC Radio Stoke. "It gives me a bit of security and it buys me more time to break into the first team.

"We've more experienced centre-halves at the club but I have to be patient."

Davis also dismissed reports that he might have been tempted to join his father Steve and brother Harry just up the road at Crewe. And he highlighted Vale boss Micky Adams as a major factor in him wanting to stay put.

"It was a load of of rubbish about me going to Crewe," added Burnley-born Davis, who made seven appearances last term. "I only ever wanted to be with the Vale.

"Micky gave me the chance last year but, when he sat down and spoke to me, he made it clear that, while I'd done well, I had to learn and develop. And I'm sure that he can help make me a better player."

When last season ended, midfielder Doug Loft and defenders Gareth Owen and Adam Yates were the only three players still under contract after 30 June.

But, as well as Davis, centre-half John McCombe and midfielders Rob Taylor and Ryan Lloyd have now signed two-year deals, while 6ft 6in defender Clayton McDonald is reported to be ready to sign a new one-year contract.

In addition, strikers Tom Pope and Ben Williamson and teenage keeper Sam Johnson have both signed one-year deals, while Welsh forward Lewis Haldane has been handed a six-month extension.

As far as potential new signings are concerned, Adams is still operating under a transfer embargo, which will only be lifted when the troubled League Two club's expected takeover by Keith Ryder is completed.