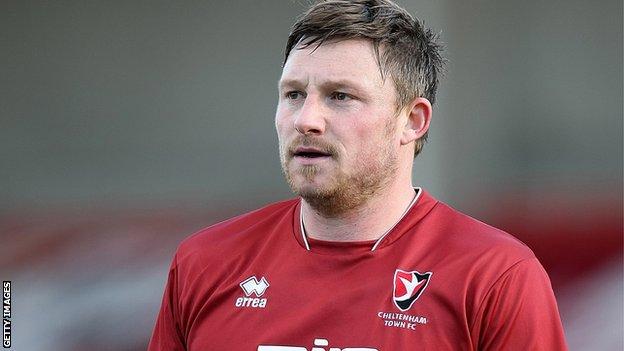 The 33-year-old has been at Whaddon Road for two seasons and has made 88 appearances in all competitions.

"After the progress that's been made over the two years and the relationship I've got with the gaffer, it was a no-brainer," he told BBC Gloucestershire.

"I'm settled in the South West. At my age I don't want to be going around the country looking for a year."

He continued: "I'm taking one year at a time but at the moment I'm loving it and the way the staff manage me I can see two or three more years in me yet.

"Hopefully that will be with Cheltenham."

Elliott started his career at Derby before spells with Blackpool and Bristol Rovers.

He played 257 for Rovers but opted to join Cheltenham after his release from the Memorial Stadium in the summer of 2010.