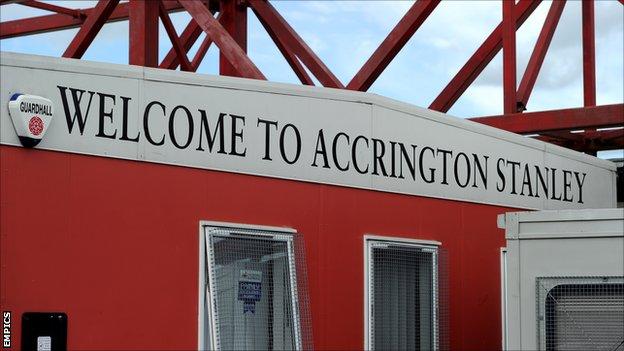 Accrington have signed midfielder Lewis Hatch on a one-year contract.

The 18-year-old was released by Liverpool at the end of last season and joins fellow new arrivals Toto Nsiala, Bohan Dixon and George Millar.

"He's got a lot of good qualities. He's got a good physical frame, he's got good athleticism and a desire to win."

Cook added that he was pleased to be adding young talent to his squad, although he would not turn down the opportunity to sign some more established names.

"Every club has a different agenda and all clubs have different reasons for why they let players go," said the former Wolves and Coventry midfielder. "Sometimes their loss is our gain.

"We're going to do our best to develop these lads, make them enjoy their football and let them an education in football that can hopefully lead them on to better things.

"We're in the market to bring some experience and quality in.

"There should be no such thing as being closed for business. Every day, we should be looking at how we can make our squad stronger."